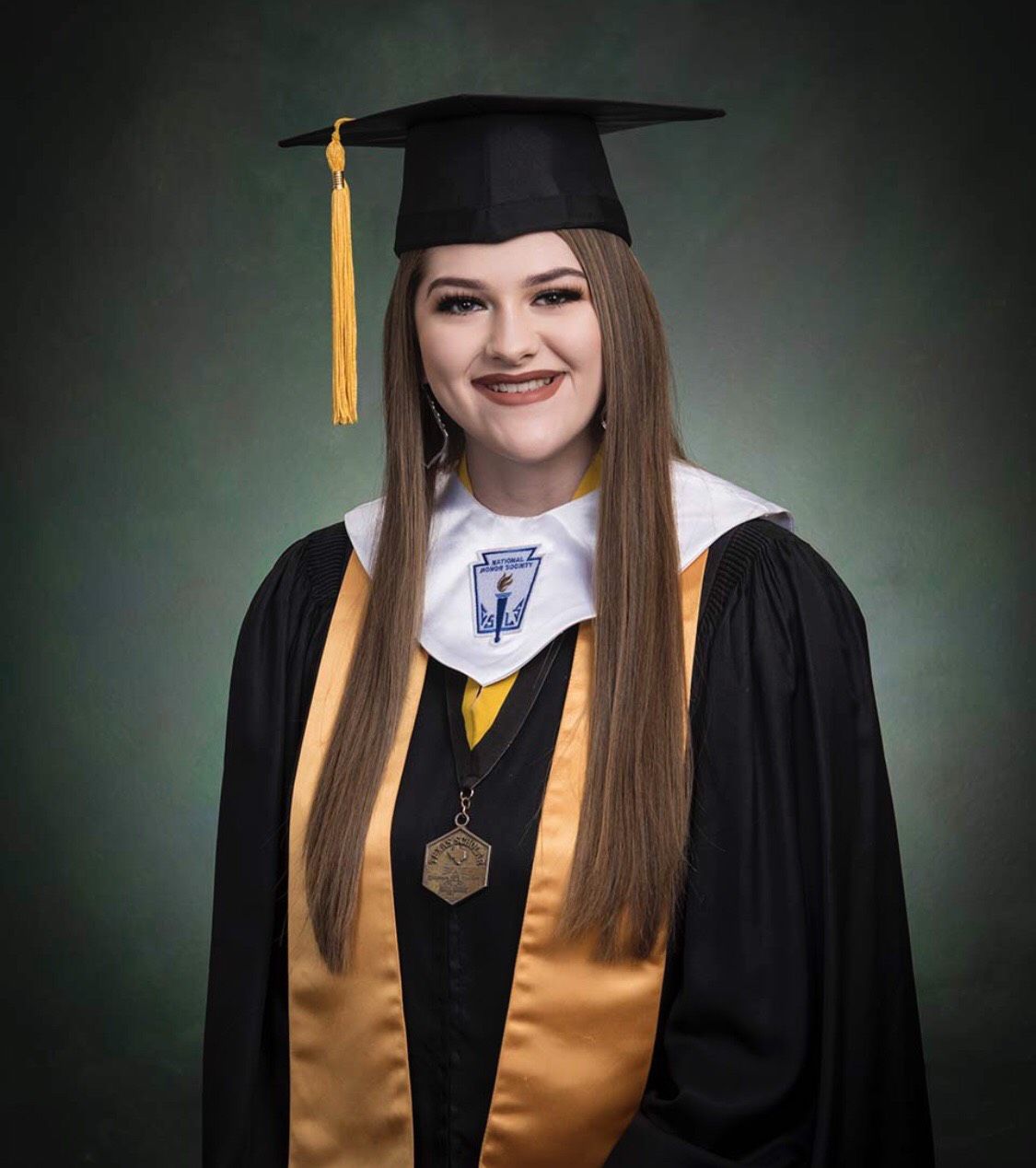 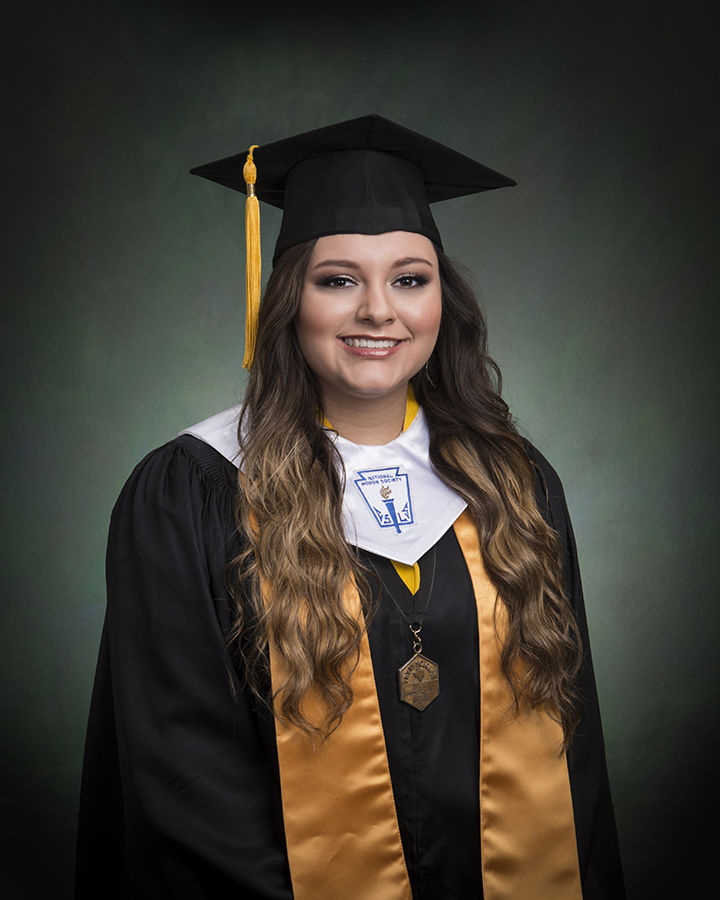 The Valedictorian and Salutatorian for the Class of 2019 at Calhoun High School are Macy Medlin and Krislyn Key.

Medlin, the valedictorian of the class of 2019, will attend Texas A&M University as a biomedical science major and is happy to be named valedictorian.

“It is definitely one of my biggest accomplishments,” Medline said. “It makes me so happy when I talk about it.”

Medlin will be the first person in her family to go to college, and she said her family is proud of her.

“They always say that I have the brains in the family, so they knew I was going to do big things,” Medline said.

This fall Medlin will attend Texas A&M University and plans to become an Obstetrician/Gynecologist (OB/GYN). She shadowed the OB/GYN staff at Memorial Medical Clinic and fell in love with what they do.

One of Medlin’s goals is to obtain her doctorate degree. She said one of the members of the OB/GYN staff at MMC, who received his degree at Texas A&M University, told her it was hard work, but it will prepare her for her doctorate.

The reason Medlin wanted to pursue the medical field is that she wants to work with children, babies, and women in general.

“I was raised by a single mom, so that put the maternal mother aspect in me a little bit,” Medlin said.

“I just want to give back to my community and do something for them because they have done so much for me,” Medlin added.

The one thing Medlin will miss from high school is seeing the people that she is used to seeing every day.

“The people you see from elementary and middle school and just seeing everyone grow up and grow into themselves…and it has been so amazing, and that is definitely what I will miss,” Medlin added.

Medline had many people to thank that helped her get to this point from her family to her teachers and counselors.

“Definitely my family…they helped me with the emotional side and then my teachers and my counselors on the educational side,” Medlin said.

Medlin thanked her family the most, especially her mother and grandmother.

“They have been two of the proudest and independent women that I know,” Medlin said. “And so I really want to be like them when I grow up, and I hope that I could be at least a third of the persons that they both are.”

Key was named the salutatorian of the 2019 class of Calhoun High School.

She is planning to attend Texas State University in San Marcos to pursue a bachelor’s degree in science and attend medical school to become a pediatrician.

Key found out that she was salutatorian after receiving her transcripts.

“First I was disappointed because everybody wants to be first,” Key said. “But everything happens for a reason.”

Key put in a lot of work to get to this position in her life, from late night studying to balancing sports and academics.

Key thanked her parents for pushing her to get to this point, and she added they are the reason that she started strong in school.

She added that her parents are proud of the accomplishments of her high school career.

Key was a member of the Sandies volleyball team and was named all-academic team, along with her entire team.

The one thing Key will miss from high school is participating in sports. She said it was a huge part of her life.

“I’ve been playing volleyball since I was in 5th grade and for 5 years I played club and school volleyball, so it was a year-round thing,” Key said. “Volleyball has been a huge part of my life and has brought me some of my closest friends, and I’ll always miss it,” Key added.

The reason Key wants to become a pediatrician is because of her love for kids. She would eventually like to start her own practice with a pediatric clinic.

Key took health science classes at CHS, and she said she shadowed at the hospital and the clinics in Port Lavaca.

“I’ve known I wanted to go into the medical field, specifically some type of doctor, but I wasn’t sure what I wanted to specialize in,” Key said.