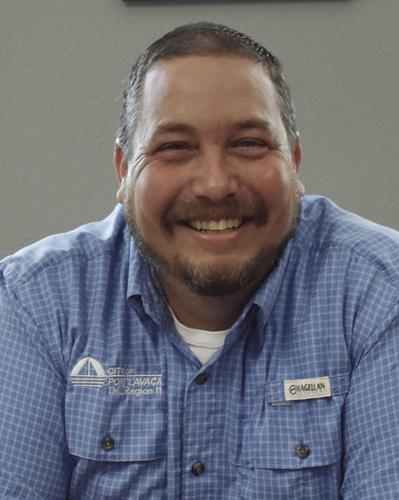 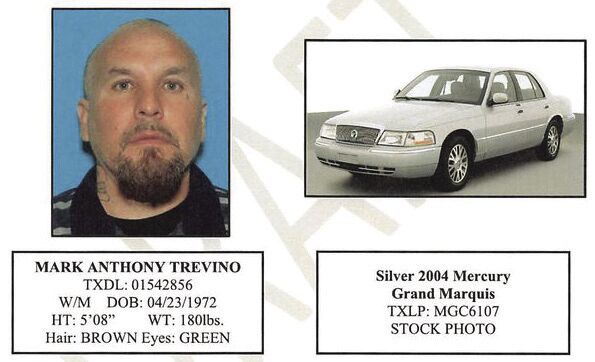 The Port Lavaca Police Department is still looking for the man who robbed the Wells Fargo Bank Tuesday, Sept. 13.

PLPD is asking the public for any information regarding Mark Anthony Trevino, a 5-foot 8-inch man weighing 180 pounds with brown hair and green eyes, being sought in connection with the robbery.

While no weapons were involved, Trevino took $4,400 in cash from the bank.

Rangnow said around 9:50 a.m., a man entered Wells Fargo Bank and handed the clerk a note demanding money. He did not brandish a weapon and was given an undisclosed amount of money, said the chief.

Trevino fled in a 2004 silver Mercury Grand Marquis, according to the Attempt to Locate issued Wednesday.

Anyone with information is encouraged to contact PLPD Detective Kenneth Pyle at 361-552-3788.

PLPD detectives were gathering more information Tuesday, and several agencies, including the Texas Department of Public Safety, the Calhoun County Sheriff’s Office, and PLPD, are on the lookout for the vehicle.

The man left and headed southbound on State Highway 35, but Rangnow said they were not sure if he continued on Highway 35.

“We’re continuing to look for him,” he said. “We believe he is linked to other robberies in the surrounding area.”

Calhoun High School resumed normal activities Tuesday after the robbery that morning up the road from the school on Sandcrab Boulevard, which caused a secure alert to be called for the school.

CCISD Superintendent Evan Cardwell said Tuesday that students were secured in their classrooms as a precaution.

“The incident was in close proximity to the school, so we took this precautionary tactic,” said Cardwell.

According to the school’s Facebook post, a “secure alert”, or lock-in, means that the external doors are locked, and students remain inside as a precaution until it is deemed safe to move between buildings.

1 PL-CPR Skills that Save Lives