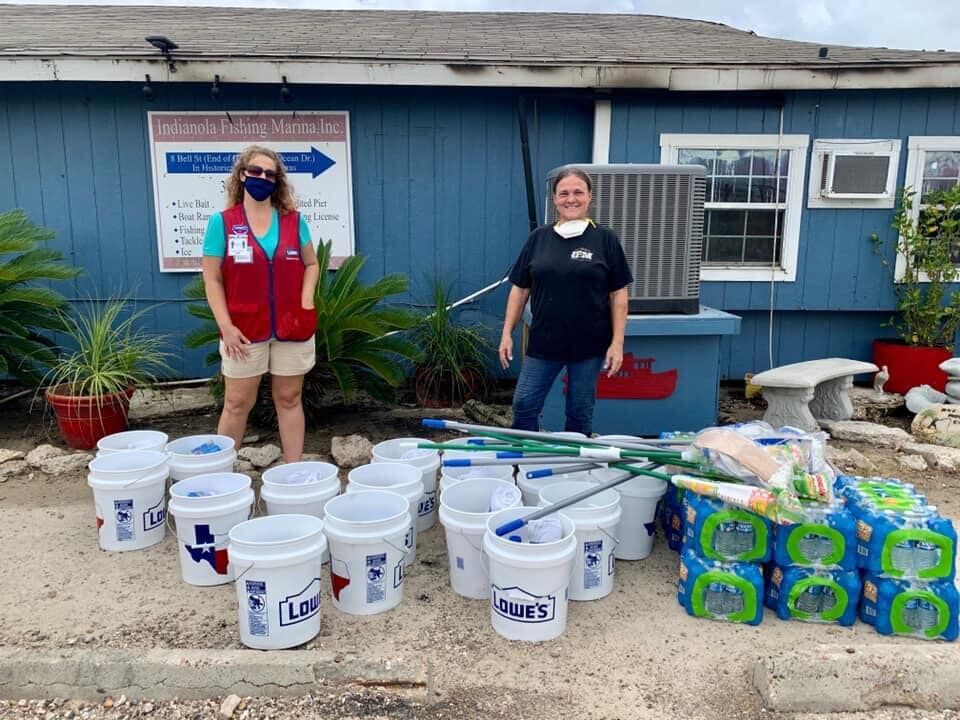 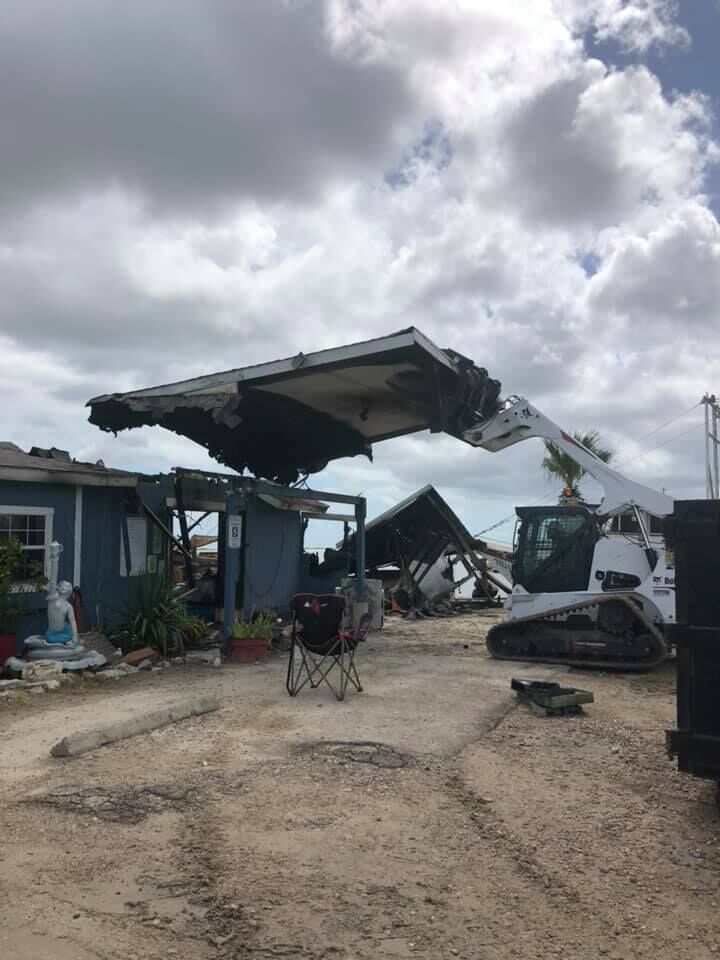 Hurricane Hanna and a fire attempted to take out the Indianola Fishing Marina, but the building and its people withstood the attempt.

On the morning of July 25, as the storm surge from Hurricane Hanna rose quickly, a fire was sparked inside the Indianola Fishing Marina, setting afire the bait room and part of the store.

Since then, marina owner Brenda Hanselka has been in the recovery process of getting the marina back to normalcy. Along the way, she has had a tremendous outpouring of help from the community.

Over the weekend, people from the community brought in heavy equipment to handle the heavy freezers and large debris while other people pulled out everything that was not damaged by the fire.

People with trucks and trailers showed up to haul off debris to the local landfill, which helped with the cost of having to buy more contraction dumpsters.

Since there is no insurance on the building due to it being directly on the water, Hanselka said the community’s support in helping with the clean-up was overwhelming.

“It was very heartwarming to see that so many people wanted to see us reopen,” Hanselka said.

Even employees from Lowe’s Home Improvement Store in Victoria showed up and donated buckets, cleaning supplies, and gloves.

“They just showed up. We didn’t ask them to come out, they just did,” Hanselka said.

She mentioned that she frequently visited the Lowe’s store in Victoria, so they knew who she was, and once she started posting pictures of the marina on Facebook, employees at Lowe’s stepped up and helped.

“She heard some of the employees saw pictures she was posting, and a lady at Lowe’s said, “we have to go help them,” Hanselka explained. “It shows how we are all connected in some kind of way.”

She said everybody was on a mission to clean up the marina.

She specifically stated that the marina will be back and will reopen.

The marina and its staff are now in the planning stages and will reopen the marina in three phases.

The first phase will make the back deck operable, so people can fish, and the plan is to have that done in a week or so. The deck was not damaged in the surge or fire, but electricity and water need to be reconnected.

The second phase will enable selling bait, food, and drinks in a temporary place.

The third and final phase will have the bait room and store fully operational with all the services that were once provided by the marina.

Currently, the boat ramp and RV park are open, and people can fish underneath the lights in the RV area.

Hanselka gave praise to the Magnolia Beach Volunteer Fire Department and the Port Lavaca Fire Department for getting to the marina and saving parts of it so that it could be rebuilt.

“They did their best to do what they could. They saved enough of the marina to where I can repair the building,” she said.

There will be several fundraisers to help alleviate repair costs.

One of the fundraisers will be Sept. 19 from 2 p.m. to 11 p.m., where every band that has played at the marina will come together for a Marina Palooza concert.

All the proceeds will go toward the marina rebuild.