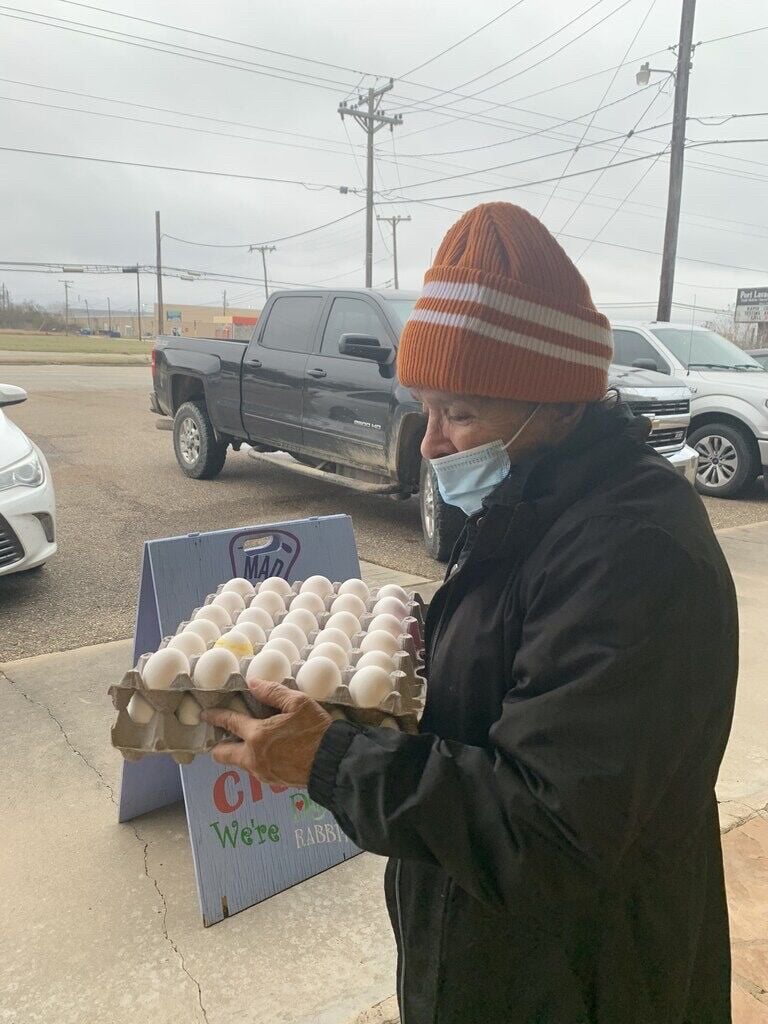 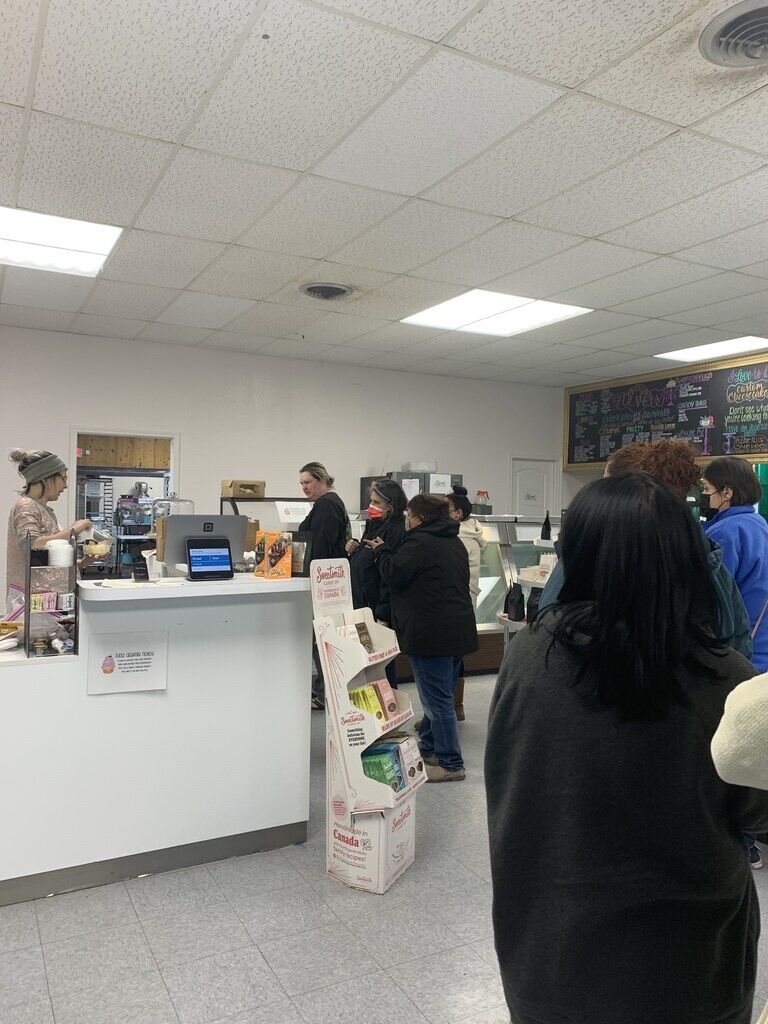 Community residents line up at Mad Batter Cheesecakes to pick up much needed essentials while struggling with power outages and lack of running water. (Contributed photo)

Community residents line up at Mad Batter Cheesecakes to pick up much needed essentials while struggling with power outages and lack of running water. (Contributed photo)

Nothing makes a business owner happier than to see its own storefront crowded with customers. However, for Brittani Riccio, after seeing her bakery, Mad Batter Cheesecakes, full of local residents on a Wednesday evening, she felt a different kind of satisfaction.

After seeing on social media how badly the community was in need of basic necessities such as groceries, utilities and gasoline, she decided to do what she could to help. She made a simple Facebook post and went from there.

“My parents regained power in Palacios and were on the way bringing generators to save everything at the bakery so I posted before getting into town where I had no cell reception that I’d be open for an hour,” said Riccio. “I figured it (baked goods) was just sitting there not being used since we had no power/water at the bakery.”

Word spread fast in the small community and when Riccio arrived at her bakery, there were 15 cars in the parking lot waiting. Baked goods, cheesecakes and desserts were sold at a reduced price. Riccio also had much sought after milk, eggs, bacon, sausages, uncooked breakfast kolaches, chicken salad and more for sale at cost.

Riccio served more than 50 customers in just over an hour. Items were offered to the community on a first come, first served basis. She said no one tried to take an unreasonable amount, so limits were not applied.

“People were extremely patient and grateful. It was kinda bonkers as I was there by myself and I’m eight months pregnant,” said Riccio. “Thankfully one of my customers that had supported me since I began my business jumped behind the counter and helped me until the last customer was gone.”

Riccio said everyone was friendly and very appreciative.

“They were just as happy to help me out as they were to find groceries,” she said.

Twenty minutes after Riccio opened her doors to the community, power was restored to her business.

Mad Batter Cheesecakes, located at 1A Virginia Place in Port Lavaca, will remain closed to the public due to no water. Weather permitting, normal business operations will resume Monday morning. Until then, customers can meet by appointment only.