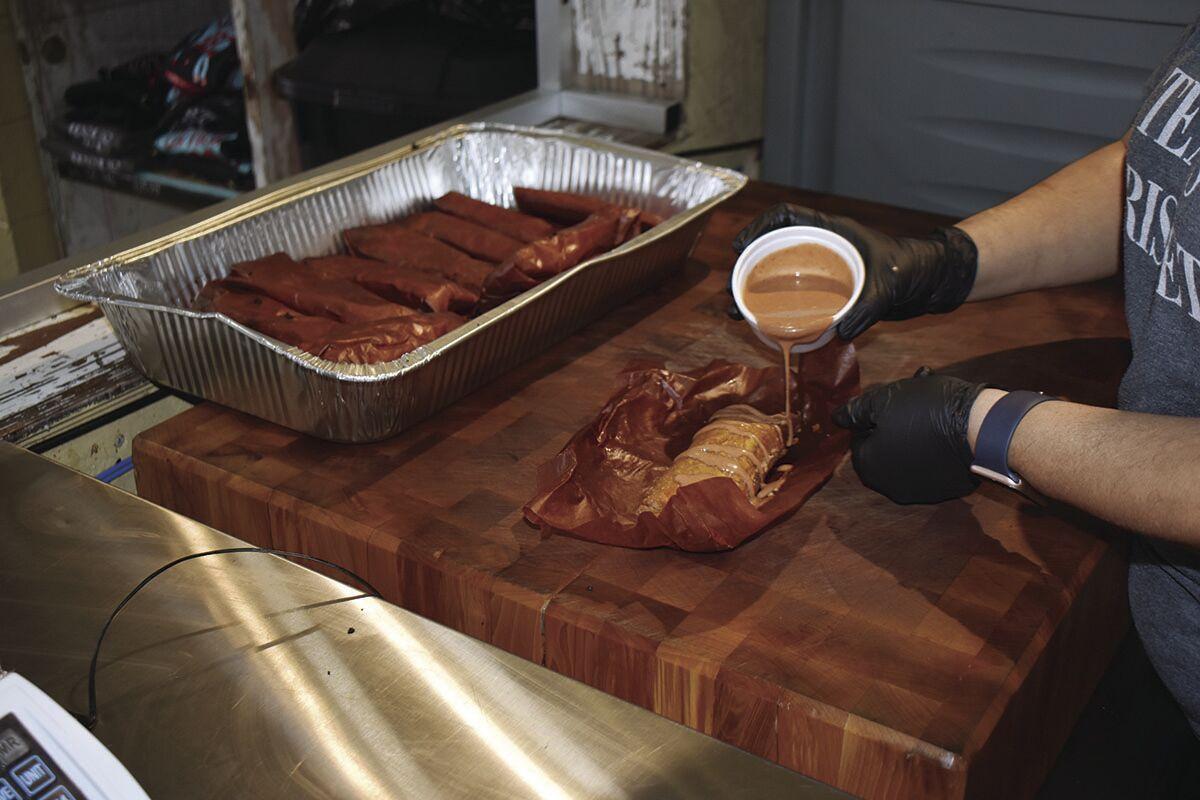 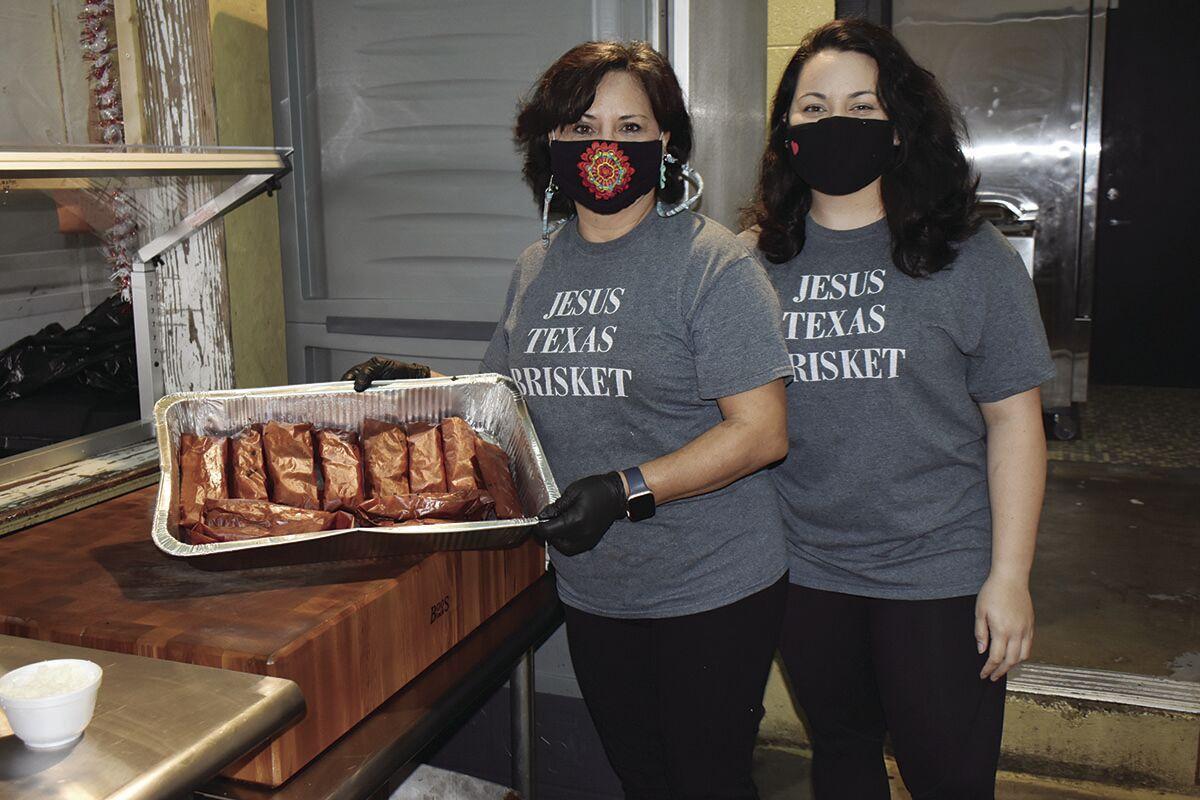 Christine Nevarez holds a pan of LaVaca BBQ’s smoked tamales while Kelli Nevarez looks on. Christine and Kelli are co-owners of the restaurant with Lupe Nevarez. (Wave photo)

Christine Nevarez holds a pan of LaVaca BBQ’s smoked tamales while Kelli Nevarez looks on. Christine and Kelli are co-owners of the restaurant with Lupe Nevarez. (Wave photo)

When Vaughn found his way to Port Lavaca last year, he found a sampling worthy of his “My Favorite Texas BBQ Bites of 2020” when he tried a unique tamale at LaVaca BBQ, which was opened in late 2019 by Lupe and Christine Nevarez.

This isn’t just any tamale. This tamale, born out of a desire to “give back to our Texas barbecue culture,” is chock full of brisket, wrapped in butcher paper, and smoked creating a distinctive tamale that is never steamed.

“We wanted something unique,” Lupe said. “We came up with the idea of a tamale and worked together at it. A lot of people have a tamale that has smoked meat, but the beauty of this is it is smoked 100-percent,” he said. “You don’t have a husk. It’s wrapped in butcher paper. Nobody else is making it smoked 100-percent. That uniqueness is pretty cool. We’ve got it to work where it’s a great tamale straight out of the smoker.”

“We were hush-hush about it until the day Texas Monthly came in, “Lupe continued.

“We combined the central Texas barbecue culture along with our Hispanic culture to make it one,” Christine chimed in.

Since fine-tuning its signature brisket smoked tamale, three more tamales have been added to the line-up – Smoked Turkey and Cream Cheese, Jalapeño Corn, and the Bean Tamale. All are drizzled with unique tamale sauce and queso fresco. All are a meal within themselves.

In just under a year-and-a-half, family-owned LaVaca BBQ has grown quite a following, with people traveling hundreds of miles to the restaurant, which is open a mere 18 hours a week. Daughter Kelli Nevarez left her job as an elementary school teacher, trading in a chalkboard for a smoker. Kelli is the primary cook at the restaurant. Christine is also at the restaurant every morning where she can be found making her award-winning blue tortillas. The staff has grown to include Lupe, Christine, Kelli, and ten additional members, many of which are related and help out at the restaurant part-time.

“We are blessed to be where we are at. If it wasn’t for our morals and beliefs and our religion, we wouldn’t be where we’re at,” Lupe said. “We give God all the Glory.”

“God comes first in our lives,” Christine said. “Before we open every morning, we stand around and we pray.”

“We give a 10% discount to anyone that says they go to church,” Lupe added.

LaVaca BBQ is located at 532 N. Virginia St., Port Lavaca and is open Thursday-Sunday from 11 a.m. to 2 p.m. On Saturdays, the restaurant is open until 8 pm. LaVaca BBQ also does catering with advance notice. For more information, call (361) 894-2333 or visit www.lavacabbq.com.