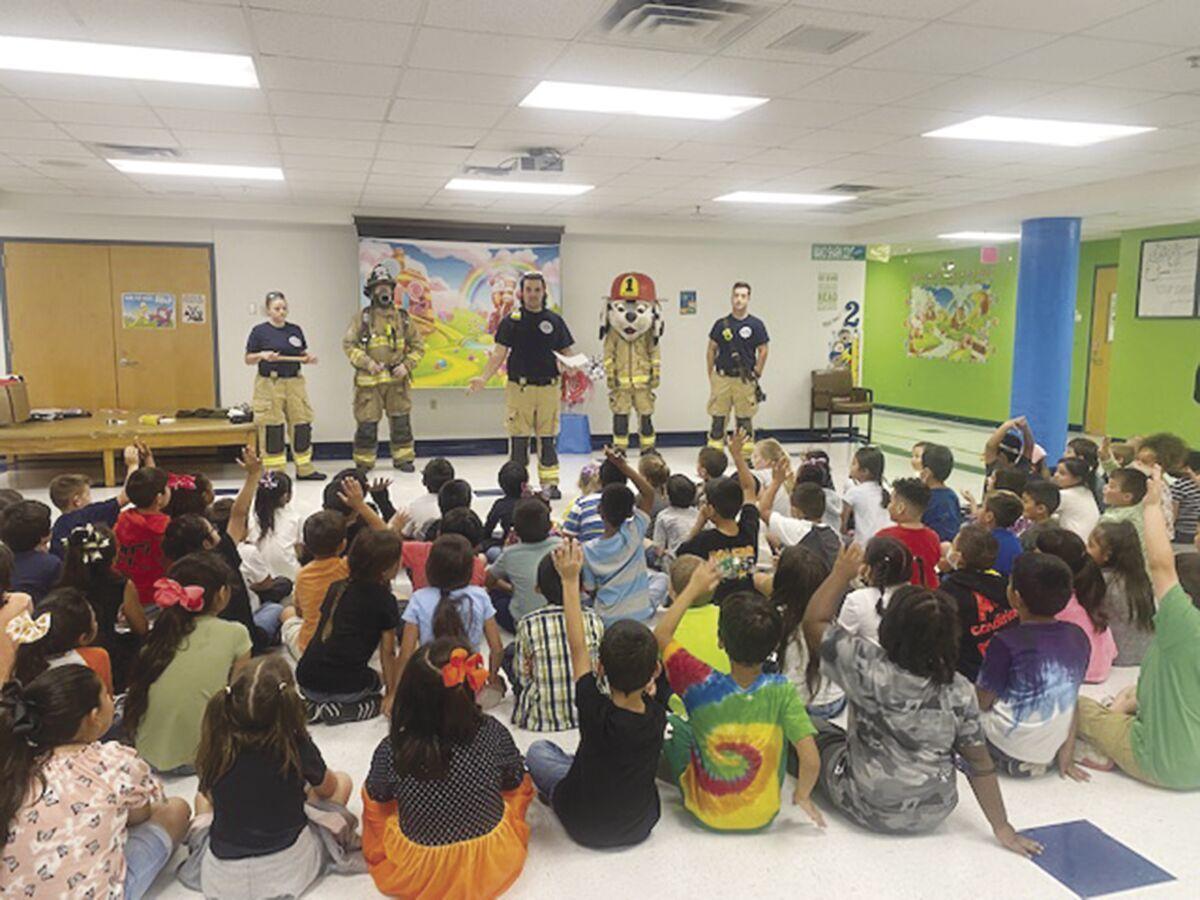 Members of the Port Lavaca Fire Department recently made a visit to HJM Elementary School to teach students about fire safety. Pictured are firefighters making a presentation to first grade students. (Contributed photo) 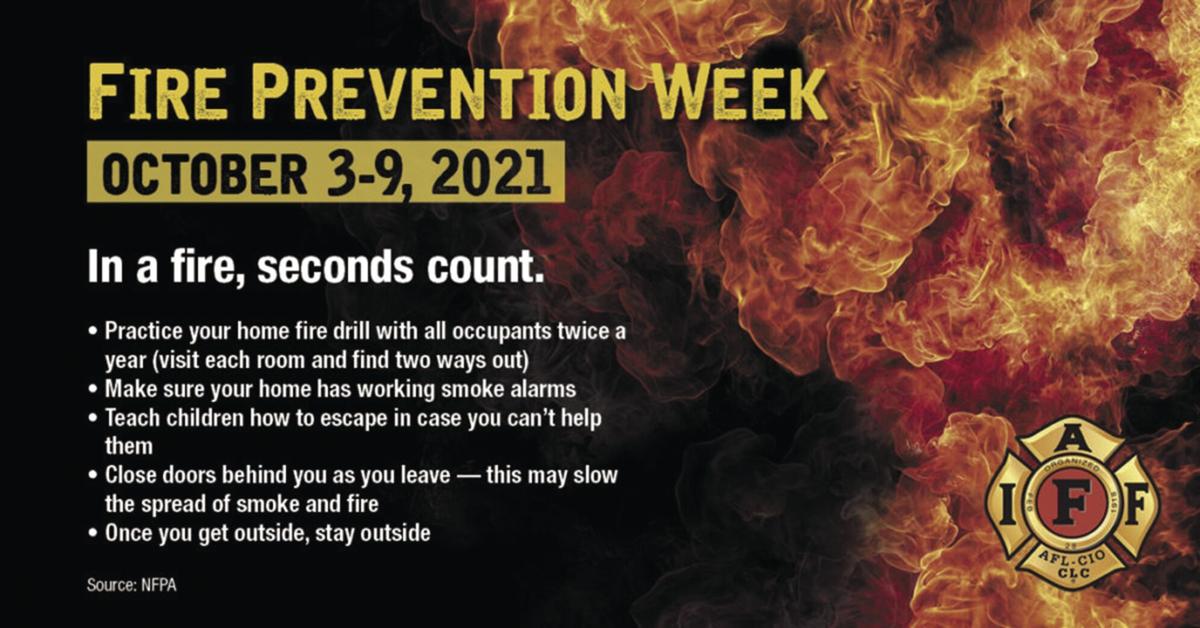 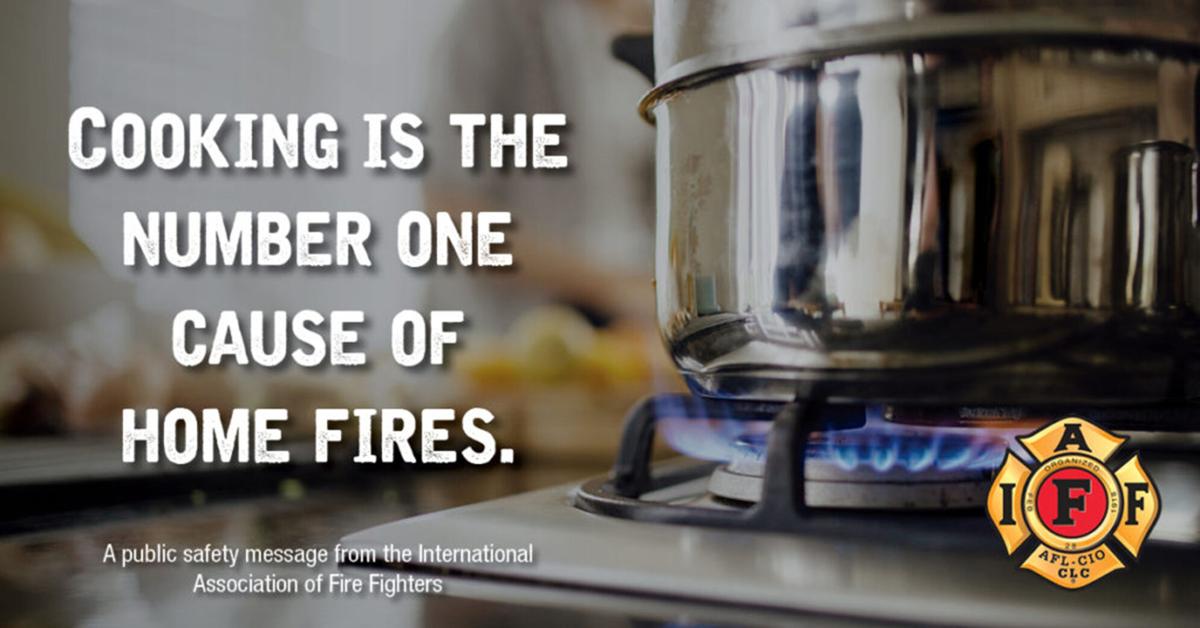 Members of the Port Lavaca Fire Department recently made a visit to HJM Elementary School to teach students about fire safety. Pictured are firefighters making a presentation to first grade students. (Contributed photo)

It’s an interesting juxtaposition. As house fires become fewer, they burn far hotter than before.

“Knock on wood, but I would say we’ve done pretty good this year,” said Port Lavaca Fire Department Lt. Chance O’Shel. “Every year, it seems to get a little bit less and less, so that’s a really good thing. But the one that is different, and a lot of people in the community don’t know this, is that while house fires get less and less, over time, they’ve gotten worse. There wasn’t a plastic desk, plastic TV screens, or all the plastics we have, and plastics burn way hotter than wood.”

The Port Lavaca City Council proclaimed October as Fire Prevention Month. Nationally, Fire Prevent Week is observed during the week of Oct. 9 in commemoration of the Great Chicago Fire that began Oct. 8, 1871, according to the National Fire Prevention Week website, nfpa.org.

The theme of this year’s observance is Learn The Sounds of Fire Safety, such as the difference between a smoke detector and carbon monoxide detector and what to do when they sound.

O’Shel said it is very important to have smoke detectors and carbon monoxide detectors installed in the home.

“Nowadays, it’s pretty neat. We used to have to change the batteries in them, and now they make 10-year smoke detectors you can buy and put up,” he said. “We recommend them to a lot of the elderly, so they don’t have to go up a ladder and stuff and to parents and families as it takes away the hassle of remembering to change the battery.”

The fire department works with the American Red Cross in a program to install fire detectors in homes. O’Shel said the department is receiving the 10-year detectors from the Red Cross.

Families that own their own home or stay in their residence can ask the fire department for help with the detectors, and “typically we will go and help them,” said O’Shel.

The department receives a limited supply every few months from the Red Cross, so “we ask if you can afford it, and do you have kids at home that could help you to put it up or do it yourself. That way, we have the resources for families that really do need it,” he said.

Firefighters also put together a program for school children to teach them about fire prevention, such as the use of smoke detectors, overloaded sockets, kitchen fires, and such.

O’Shel said they hadn’t been doing the program due to COVID-19 but typically would visit Our Lady of the Gulf Catholic School, Jackson-Roosevelt Elementary School, HJM Elementary School, as well as Travis Middle School, which are scheduled through the schools. Daycares and preschools are encouraged to call and set up a time for a program.

Extension cords can be a fire hazard if misused.

O’Shel recommends not overloading the socket as it could eventually become a fire hazard.

“A lot of people plug in a surge detector and 15 things on it. If you have 10 phones charging on it, it might not be that big a deal, but, typically, you’ll find one that has the microwave plugged in, hairdryer, and all this other stuff that eventually is going to end up being a fire hazard,” he said.

In addition, keep the cords neat and tidy to prevent children from messing with them or animals chewing on them.

But it is the kitchen that can be a source of great eats as well as great fire hazards. According to the International Association of Fire Fighters, 40 percent of house fires occur in the kitchen.

Paper towels and toasters can be two sources of hazard.

“What we see a lot of times is that people have their napkin roll right next to the stove, so that when you get done cooking - boom, your napkins are right there,” said O’Shel. “But what most people don’t realize is, with an electric stove it is not that big a deal, but a gas stove, you turn on a back burner, and the napkin roll is sitting right there - boom - it catches fire.”

“Cleaning the toaster of crumbs that accumulate through usage at the bottom will help prevent the possibility of a fire. If you don’t turn it upside down and don’t’ dump out the toaster, eventually all those crumbs stay in the bottom and can actually catch fire,” he explained.

It is the rare firefighter that has a live Christmas tree in the home because they are so flammable, said O’Shel.

“We, as firefighters, recommend the fake ones. Real Christmas trees are very, very, very flammable because they get so dehydrated so quickly and therefore become flammable real quick,” he said. “So, if you have a real Christmas tree, be careful with it. No candles around it; nothing at all.”

And those candles are another source of hazard.

“It’s fall, and at Christmas time, people are going to want candles out,” said O’Shel. “Blow them out when you go to bed. Don’t leave the house without blowing them out. Do not leave candles unattended.”

The chemicals in the materials of our lives are dangerous when burned.

The plastics that surround the TVs, computers, and other electronics, and the composite materials burn twice as long and four times as hot as wood, and they put off harmful chemicals, some of which are carcinogens.

“It’s all the plastics, all the stuff in the houses that is so incredibly flammable,” said O’Shel. “Back in the old days, recliners were made of leather that doesn’t burn up like the pleather ones. Nowadays, those things go up like that (snapping fingers). So, it’s just all the plastics that make a house fire more dangerous.”

He noted that people are starting to put fire suppression systems in their homes, and the advancements in technology are helping to lower the number of home fires.

“Unfortunately, it’s worse because of the stuff inside, and there’s nothing that can be done about that,” he said.

In the 1950s, O’Shel said firefighters didn’t use the air packs, but that “you have to because of the stuff your breathing in that is giving us cancer. That’s all the things we’re surrounded by, so it’s a big deal.”