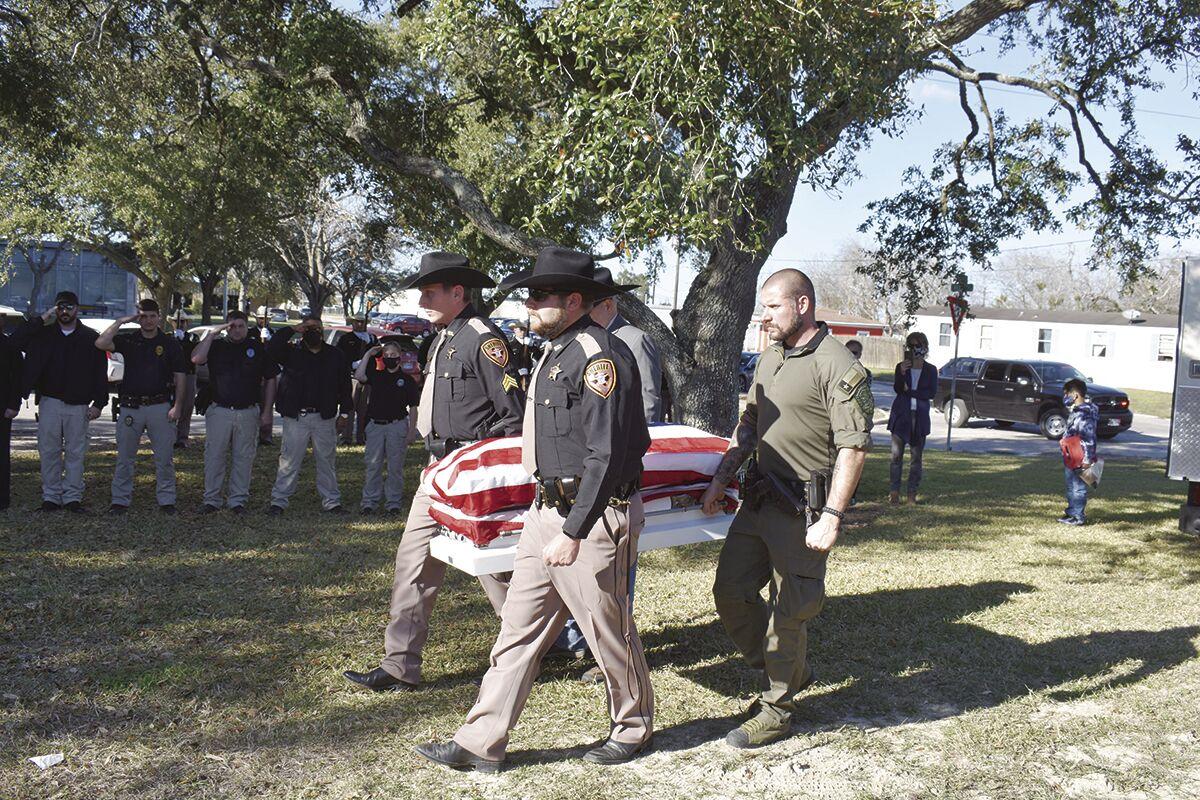 Pallbearers carry K9 Officer Rico’s casket to his gravesite. The dog, who joined Calhoun County Sheriff’s Office in 2014, was laid to rest Monday, Jan. 4, after a battle with cancer. (DD Turner/Wave photo) 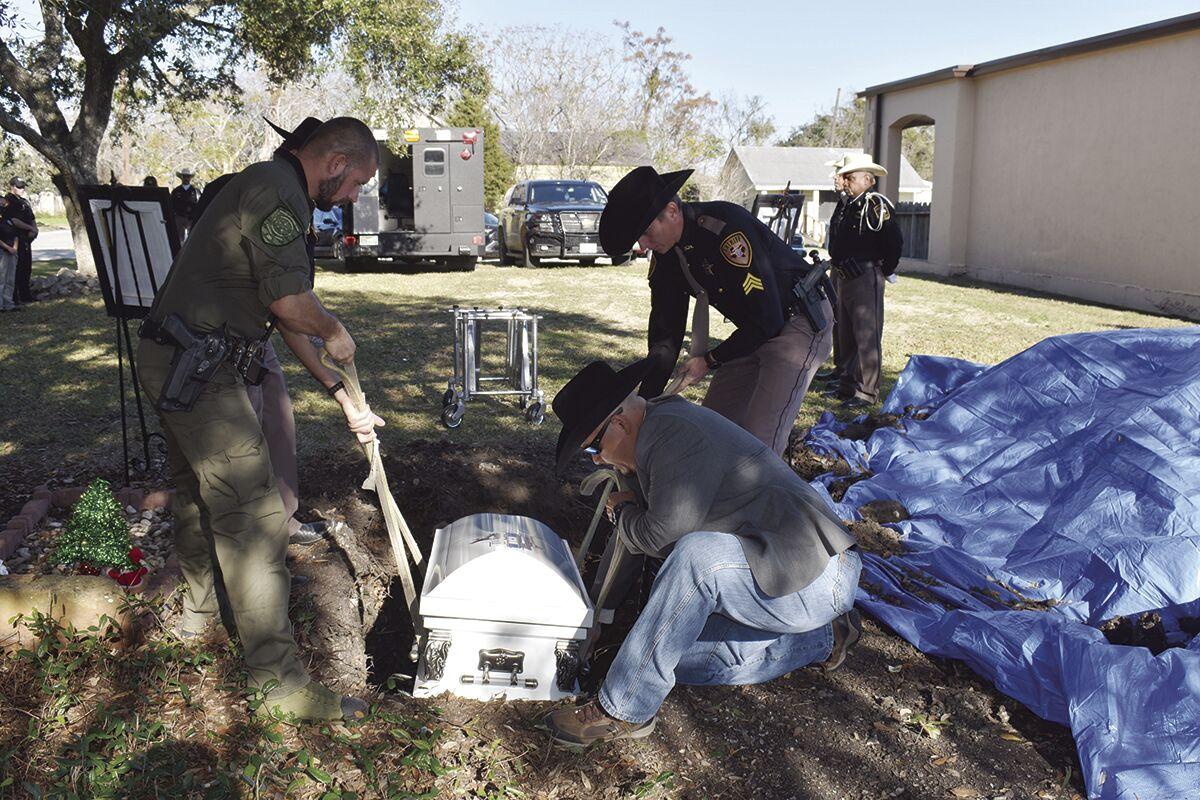 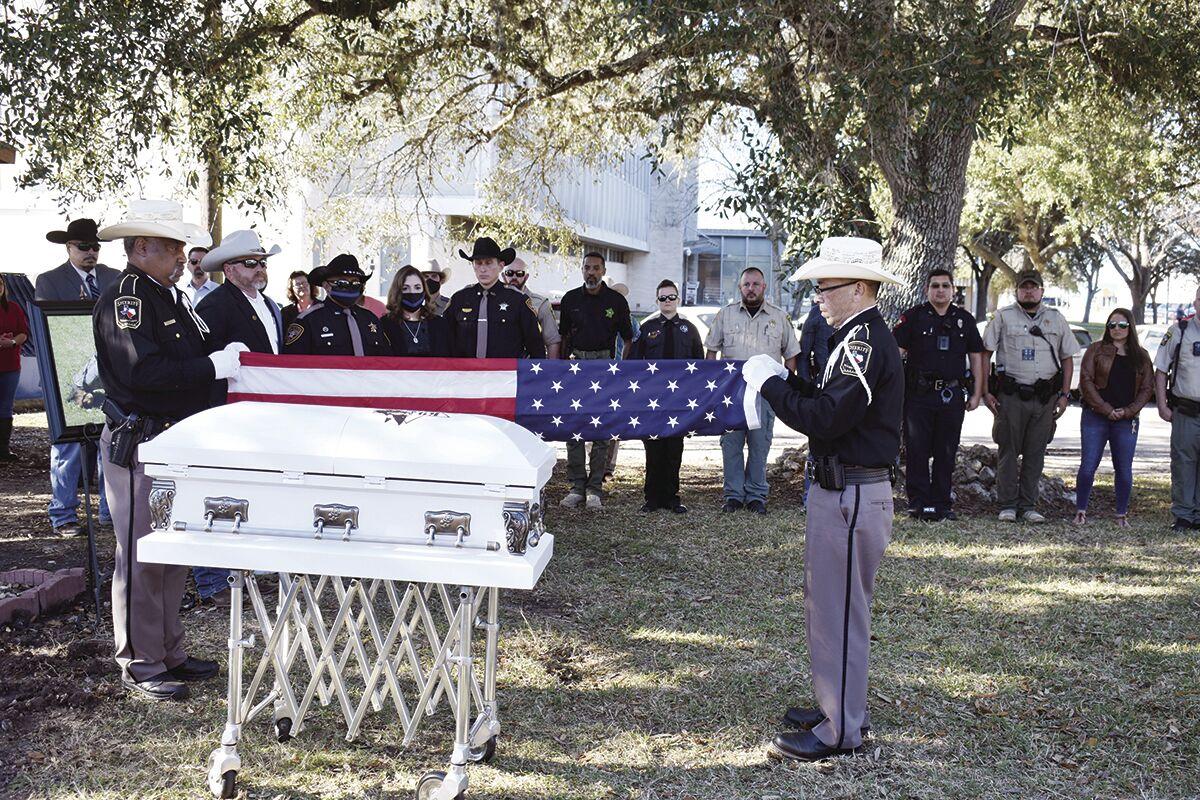 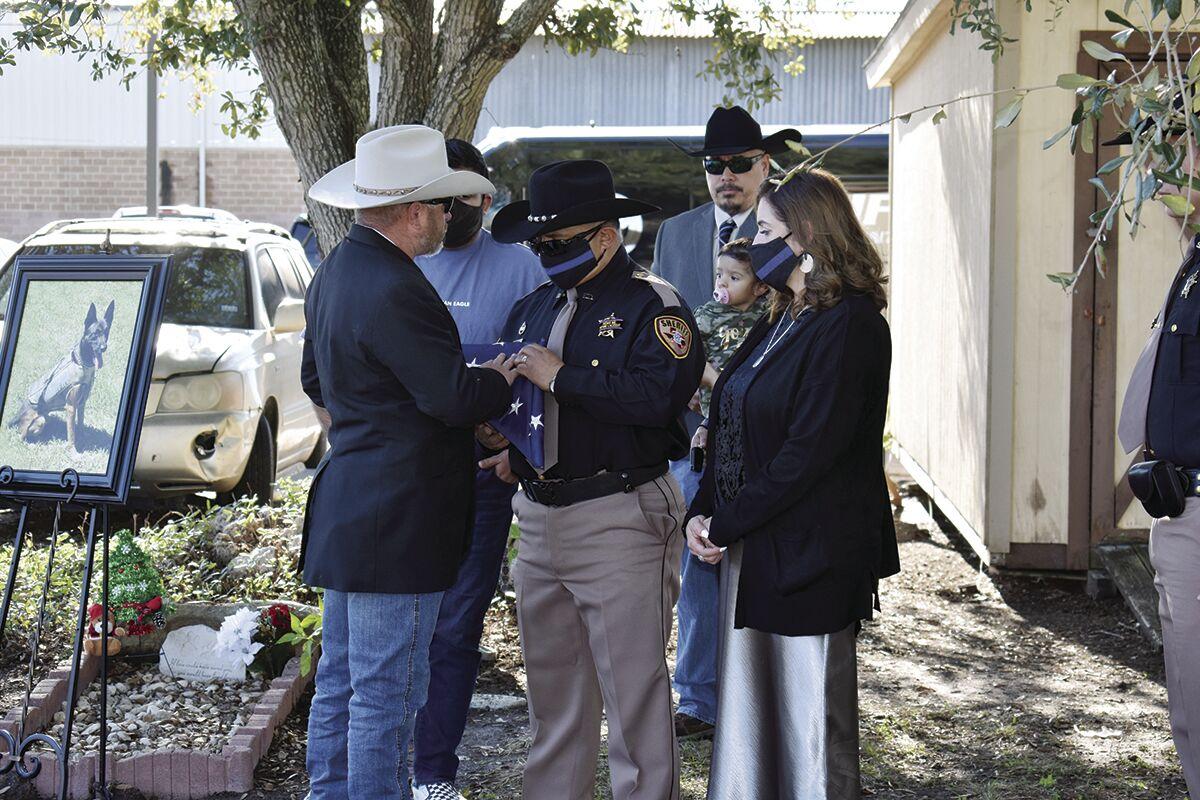 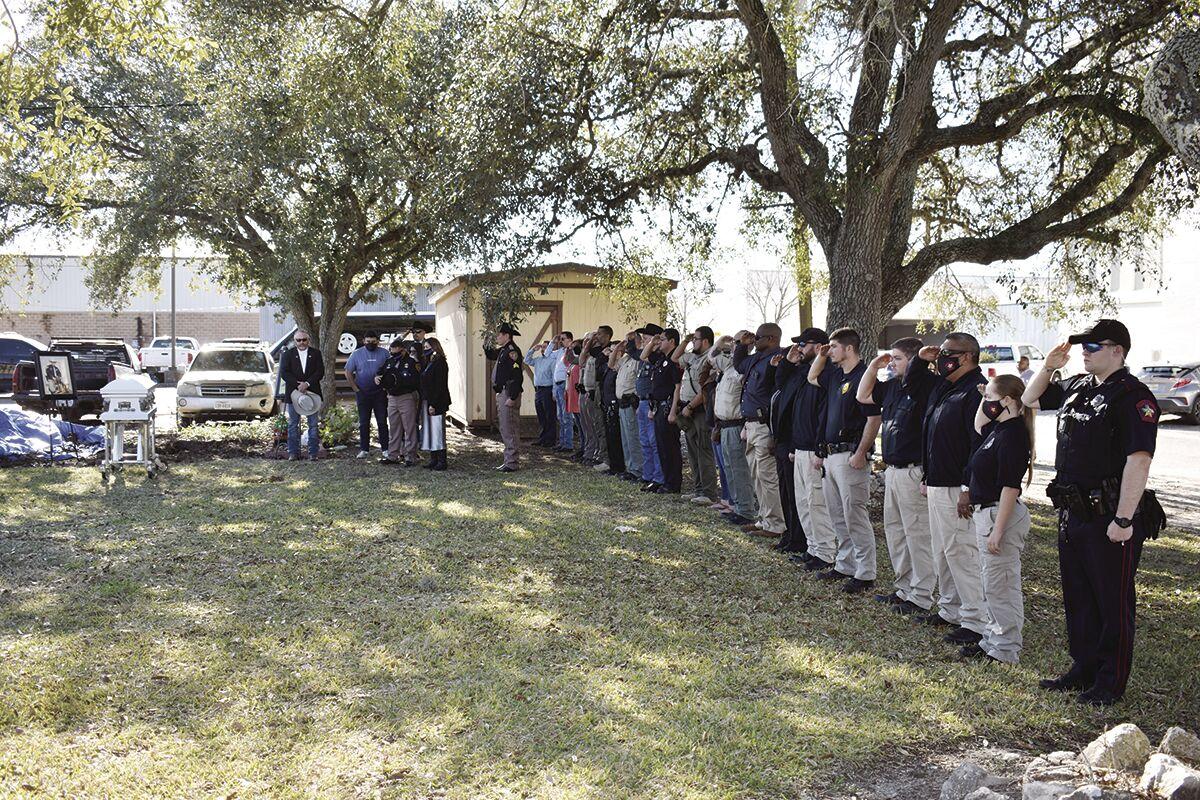 Pallbearers carry K9 Officer Rico’s casket to his gravesite. The dog, who joined Calhoun County Sheriff’s Office in 2014, was laid to rest Monday, Jan. 4, after a battle with cancer. (DD Turner/Wave photo)

K9 Officer Rico was laid to rest as the sounds of the 21-gun salute lingered through the solemn notes of Taps.

Rico had been with the Calhoun County Sheriff’s Office since 2014 and was partnered with CCSO Investigator Steve De La Cruz.

“I made the decision to put him down,” said De La Cruz of the dog who lost his battle with cancer after a mass was removed from his spleen.

These canine officers are more than partners. They become family to the men and women who handle them. De La Cruz said his wife helped with the dog as he was a member of the family.

Rico sat up in the car during his final ride, escorted by officers to Bayside Veterinary Clinic. He then had to be carried into the clinic. “He took his last three breaths,” said De La Cruz, who has been an officer with CCSO for 31 years.

He chose to lay Rico next to Mirza, another K9 partner, who lived 16 years.

“I was asked when he retired if I wanted another dog, but I said no, it’s just too hard,” said De La Cruz.

Colonial-Richardson Funeral Home handled the arrangements, and De La Cruz expressed his thanks for their help as well as Announcements Plus for their help.

Officers from the county, City of Port Lavaca, Victoria County, and the surrounding area came to pay their respects to their fellow officer.

De La Cruz spoke briefly about Rico, his underbite, and how he became a member of the family.

Officers escorted Rico’s flag-draped coffin to the gravesite while members of the Victoria County Sheriff’s Office folded the flag before presenting it to Vickery. He then presented it to De La Cruz.

All officers present saluted as the coffin was lowered, and a 21-gun salute rang out.

More than one eye was damp as Taps was played and as officers offered their condolences to De La Cruz.