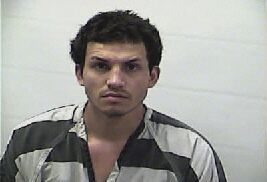 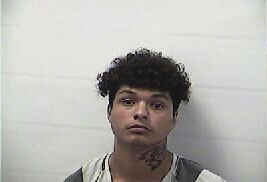 The Port Lavaca Police Department arrested two Port Lavaca men on warrants for aggravated assault with a deadly weapon after shooting a man in the abdomen.

On Thursday, Nov. 19, at approximately 2 p.m., PLPD received a call of a burglary in progress in the 600 block of West Mahan. As officers responded to the burglary call, another call came in of subjects shooting at one another from moving vehicles on Farm-to-Market Road 1090 in the city limits, according to PLPD Police Chief Colin Rangnow.

Moments later, PLPD received another call of a hit-and-run crash at the intersection of Austin and Alcoa Streets. It was later determined all three incidents were related.

Upon arrival at the crash location, officers encountered Harley Dean Hernandez, 27, of Cuero in one of the crashed vehicles. According to Rangnow, Hernandez suffered a gunshot wound to his abdomen. It was later determined that Hernandez was shot while in transit. He was taken to Memorial Medical Center by Calhoun County EMS and later airlifted to Memorial Hermann in Houston, according to Rangnow.

Rangnow reported that Hernandez is out of surgery and is in stable condition.

Officers located the suspect’s vehicle in the 600 block of West Mahan. The driver and passenger were identified as Christian Zamora, 18, and Derek Zamora, 23, both of Port Lavaca.

Upon further investigation, PLPD investigators obtained arrest warrants for both Christian and Derek Zamora for aggravated assault with a deadly weapon. Both were arrested and booked into the Calhoun County Jail.

The second party involved in the hit-and-run crash but not in the prior incidents was treated and released.