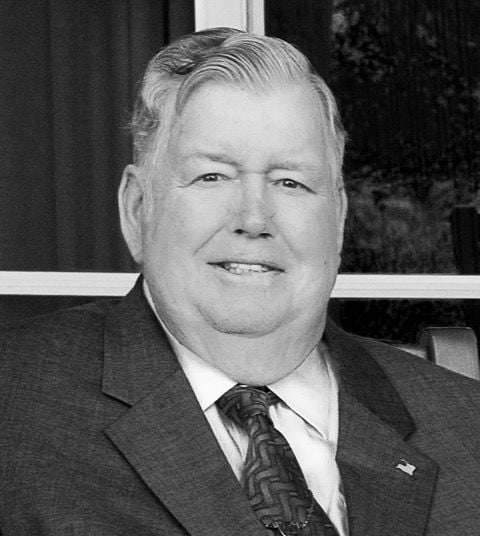 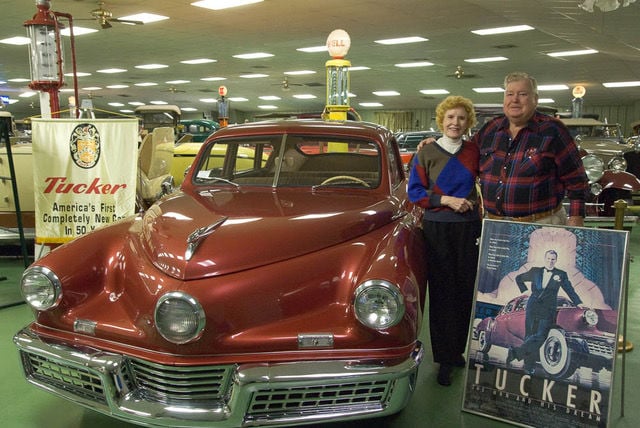 His great-grandfather, Louis John Foester, was born in 1828 in Wachenheim in the Haardt Mountains, which is near Heidleberg. He immigrated from Germany and settled in Calhoun Country in 1847. His cattle brand – “71” – was registered in Calhoun County in 1852. The Foesters, including Curtis, were long-time ranchers in the area. He taught his daughters to ride horses and they frequently helped work cattle while growing up.

Curtis graduated from Calhoun High School in 1950 and attended Texas A&I University in Kingsville. A redhead, he spied another redhead at the drug store one day, and he married DeLona Foester Nov. 22, 1952. He and DeLona were members of the First Baptist Church of Port Lavaca. In addition to their home in Port Lavaca, they bought a “summer home” in New Braunfels in 1971. In New Braunfels, he got to enjoy all things German, including eating his fill of sausages and sauerkraut on a regular basis and going to some of the very first Wurstfest celebrations held off the Square downtown.

Think about what occurred in 87 years. Curtis Foester was born during the Great Depression. His family lived out in the country on their ranch. He started school in a 1-room schoolhouse at Magnolia Beach, two miles from where he lived, riding a horse to school often. He saw telephones go from not being available to those who lived out in the country, to having a party line, to mastering a cell phone. He saw entertainment evolve from radio to television, and then came color television. He saw the evolution of cameras from a Brownie camera he found on a bus as a child, to self-developing film, to no film at all. He saw the dawn of space exploration and the first man on the moon. He saw a new century begin when all four digits of the year changed.

A natural explorer as a child, he was fascinated at an early age with cars and all things military. This fascination turned into hobbies that enriched his ranching life. His first full restoration was a 1928 Model A touring car, and he acquired and restored numerous cars and military vehicles after that. He was well known in Port Lavaca for his wide variety of antique cars that showed up in parades, driving through town, or on the beaches. These cars included a 1903 Curved Dash Oldsmobile, various Model A’s and Model T’s, a 1920 Lone Star (one of about 100 made), a 1931 Rolls Royce, a 1957 Pink Cadillac, a 1957 T‑Bird convertible, and two 1948 Tuckers (he owned #5 and #50, his most famous cars). He also collected military Half-Tracks, military jeeps, and Indian motorcycles.

Curtis and his antique / period cars were in several movies, including Tucker with Jeff Bridges, The Best Little Whorehouse in Texas with Burt Reynolds, and The Great Waldo Pepper with Robert Redford. Both of his Tuckers were in the Tucker movie – #50 was the car shown on the assembly line as Curtis was the only owner who would allow fenders and other car parts to be taken off to show a car in progress of being built. He drove #5 in most scenes involving the cars. He was invited by several European antique car clubs to come talk after the Tucker movie came out – he loved traveling to Norway and Finland especially. They paid to have the #5 Tucker shipped over and told him to be sure and bring his cowboy hat. Of additional interest: the #50 Tucker only had 6/10th of a mile on the odometer – what it took to get the car off the assembly line when the Tucker Corporation was shut down. It was basically a new Tucker when Curtis sold it to Dick’s Antique Car Museum in San Marcos (now closed).

Curtis was a member of numerous organizations, meeting other car enthusiasts regionally and from across the U.S. and other countries. He was a member of the Golden Crescent Antique Auto Club, Model A Club of America, Classic Car Club of America – Lone Star Region (Director), Antique Automobile Club of America (AACA), and the Tucker Automobile Association, of which he was National President from 1978 to 1980. He served as chairman of the 22nd Annual Texas Tour for the AACA – at the time the largest gathering of antique car touring enthusiasts at one time in Texas, and was a director of the Pate Swap Meet, one of the largest swap meets in the U.S.

Curtis was very active in the Port Lavaca community, serving in the following: Board member of Calhoun County Cattlemen’s Association; Chairman of Drainage District 11, Farm Bureau, Veterans Land Board (30 years); and president of Rotary 1970-71. He also served as a member of the advisory committee of the Witte Museum in San Antonio and was on the Board of Directors of the San Antonio Museum of Transportation at the Hemisphere (where the #5 Tucker was on display).

A true historian, Curtis published a small book called Camp Indianola and Other Stories from 1930 to 1950 that is sold in the Calhoun County Museum. Located approximately 12 miles from Port Lavaca where Hwy 316 dead-ends at the beach at Indianola, Camp Indianola was a little-known training site for soldiers during World War II. Brooks Field Army Air Corps had a bombing range at Powderhorn Lake near the Old Indianola Cemetery. Curtis would visit this camp as a young boy, and became fascinated with the soldiers and military vehicles.

In recent years, Curtis suffered some falls that necessitated him to be in a nursing home (Eden Home) in New Braunfels. He loved all the music that was offered and requested Al Di La from every performer at Eden Home. The family would like to express special thanks to all the staff at Eden Home for making his last year so comfortable.

He is survived by his two daughters, DeLisa (Dee) Hutchison, of San Marcos, and Gay Woodward and husband, Mark, of New Braunfels; and grandchildren, Mandy Hutchison, of Utah; Adam Hutchison, of San Antonio; and step grandson, Thomas Hutchison, of Austin; as well as dear cousins, nieces, and nephews. Curtis will be remembered as a kind and friendly man, a great storyteller and historian, and a man of his word.

Curtis was preceded in death by his wife, who passed away in 2011; parents; stepfather, Roy Whitmire; and sister and brother-in-law, Ada Beth Bone and Jim Bone.

No funeral arrangements are currently planned. A graveside service in Port Lavaca may be planned in the future.

Donations may be made to the Calhoun County Museum in Port Lavaca, or Eden Hill Communities or Hope Hospice in New Braunfels. Correspondence with the family may be sent to Gay Woodward / Dee Hutchison, PO Box 310542, New Braunfels, TX 78131.

To plant a tree in memory of Curtis Foester, Jr. as a living tribute, please visit Tribute Store.

Add an entry as

Keep it Clean. Please avoid obscene, vulgar, lewd, racist or sexually-oriented language.
PLEASE TURN OFF YOUR CAPS LOCK.
Don't Threaten. Threats of harming another person will not be tolerated.
Be Truthful. Don't knowingly lie about anyone or anything.
Be Nice. No racism, sexism or any sort of -ism that is degrading to another person.
Be Proactive. Use the 'Report' link on each comment to let us know of abusive posts.
Share with Us. We'd love to hear eyewitness accounts, the history behind an article.

Add an entry
Watch the guestbook. Stop watching this guestbook.