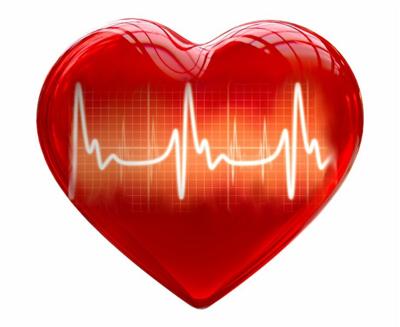 I started writing this on Thursday.

At the time, I needed sleep and a hot shower. My Medusa hair, though brushed numerous times, had tangles from the wind I thought would never brush out. My toes were cold and, at that moment, I thought my fingers would never defrost.

But I was, and am still, among the blessed.

I had a roof over my head. I had warm blankets. I had a generator. I may not have had running water or a shower in three days (don’t you dare judge) and only had limited Wi-Fi and cell signal, but I had everything I needed.

So many people did not.

But mostly what I saw was fear. The fear that comes when people go to the grocery stores to find lines out the door and the shelves bare of some basic necessities. Fear when they don’t have water or power and there is no longer gas to be found in town for cars and generators because there is no power to operate the pumps. Fear of the night and what the next day might bring. Fear of the unknown.

That is a fraction of what I saw last week.

I’m here to tell you, we all prepared the best we knew how – at least in my area of Texas.  You see, we gassed our cars, filled our generators, bought our water.  When you live on the south Texas coast you know how to prepare, but we prepare for hurricane season, not for arctic temperatures.  Unlike hurricane season, there were no evacuation plans, should the need arise. When a winter storm blankets a state as large as Texas, there is nowhere to go; there is no way to adequately prepare.

Yes, we knew the weather was coming, but many winters we don’t turn even on our heaters. Many people don’t own winter coats, or gloves. You couldn’t buy an ice scraper for your vehicle (believe me, I tried, well before the storm hit.) Space heaters don’t work without electricity. Propane and firewood only lasts so long. Many homes here don’t even have fireplaces.

We were told to prepare for hazardous roads and remain home. We did that. Then the roads cleared, but the home conditions did not. For some, the warmest place to be was in their car. That was all in day one, and then came day two and day three.

While parts of the state had rolling black outs, many did not. Here, almost 90-percent of town was without power for over three days. That means, our homes, our stores, our gas stations – everything. There came a point, we would have welcomed rolling power outages.

And, yes, we agree, ERCOT failed us, there is just no nice way to put it. But what didn't fail are the many many people in our communities that worked, and are still working, around the clock to make things better.

Among the many awful things we witnessed last week, I was also blessed to witness so very many hard working and giving individuals.  There were many more that I didn’t see. People that will never be recognized for putting aside their own hardships to take care of others.

These people won’t make the news and may never hear a simple “thank you.” And I want to say, “thank you.”

–      Thank you to the city manager who spent days, and nights, at city hall fielding emails, texts and calls, while she begged, pleaded and pulled out all stops to get power back to her freezing community.

–      Thank you to every single member of our public works department as they worked in extreme conditions basically trying to fill a bucket with holes to get water back on in Port Lavaca. I guarantee this is a thankless job and many have no idea what these people went through to get this done.

–      Thank you to Texas Agrilife personnel and Port Lavaca Fire Department and volunteers for spending two days in a cold and windy parking lot filling up containers so people could flush their toilets. Thank you to the City of Point Comfort for providing that water.

–      Thank you to all first responders, everywhere, that left their homes and their families to take care of others across the state.

–      Thank you to the local YMCA director and staff that, realizing they were one of the few places in town with electricity, immediately opened their doors to the community for a place to warm up and take a hot shower.

–      Thank you to the many H-E-B team members that worked to keep their store open, so others could have the basic necessities.  If you aren’t in Texas, you don’t know how this Texas based grocery chain steps up to take care of the communities it serves. We often joke that others have Red Cross, we have H-E-B.

–      Thank you, church members of Parkway Port Lavaca and Bayside Church in Olivia, for opening their doors as a warming shelter and to the restaurants and individuals that brought food to these locations.

–      Thank you to Inn at Clarks for providing warm beds and shelter to those in need.

–      Thank you to the convenience store owner that met people at his store and allowed them to later send a list of what they picked up on an IOU system.

–      Thank you to the restaurant and bakery owners that gave their goods to the community.

–      Thank you to the individuals that cooked for others, opened their doors to others, gave their extra water, gas and propane to others.

–      Thank you to the local newspaper staff that, though they didn’t have power or water themselves at home or the office, gathered at a staff member’s home to do their absolute best to keep the community informed.

–      Thank you to the area hardware store that worked fast and furious to get plumbing supplies and other items in and get their doors open to help people.

There are countless more people that stepped up in our community. I may not know who you are, but I know you are out there.

You see, it’s these people that make that make or break a community. Those that give their best on days when they feel they have nothing left to give are the true heart of a community – and we are a community of heart.

This week was a veritable week of horrors for people across Texas. There was loss of lives, massive property damage and much more. Houses and businesses were destroyed and families forever broken. Though the weather has subsided, it will be months before the aftermath is really over. For some, life will never be the same. I don’t want to, for even one second, minimize that loss when I say that this past week was also full of spirit, love and heroes that you will never see or hear about.

Last Sunday, just one very long week ago, I, like many, had no clue what the week was about to bring. We had no idea that when Punxsutawney Phil saw his shadow and said, “Six more weeks of winter,” that Texas would reply with, “Hold my beer, I’ll do it in six days and throw in -1 to 70-degree weather while I am at it.”

Today, with an expected high temperature of 70, I will finally shed my coat.  I still have no idea what the week will hold, but I do know that with each day comes a new dawn and, as we start a new week, it is with knowing that there is a brighter tomorrow ahead.

Tania French can be reached by email at tania@somethingmoremedia.com.