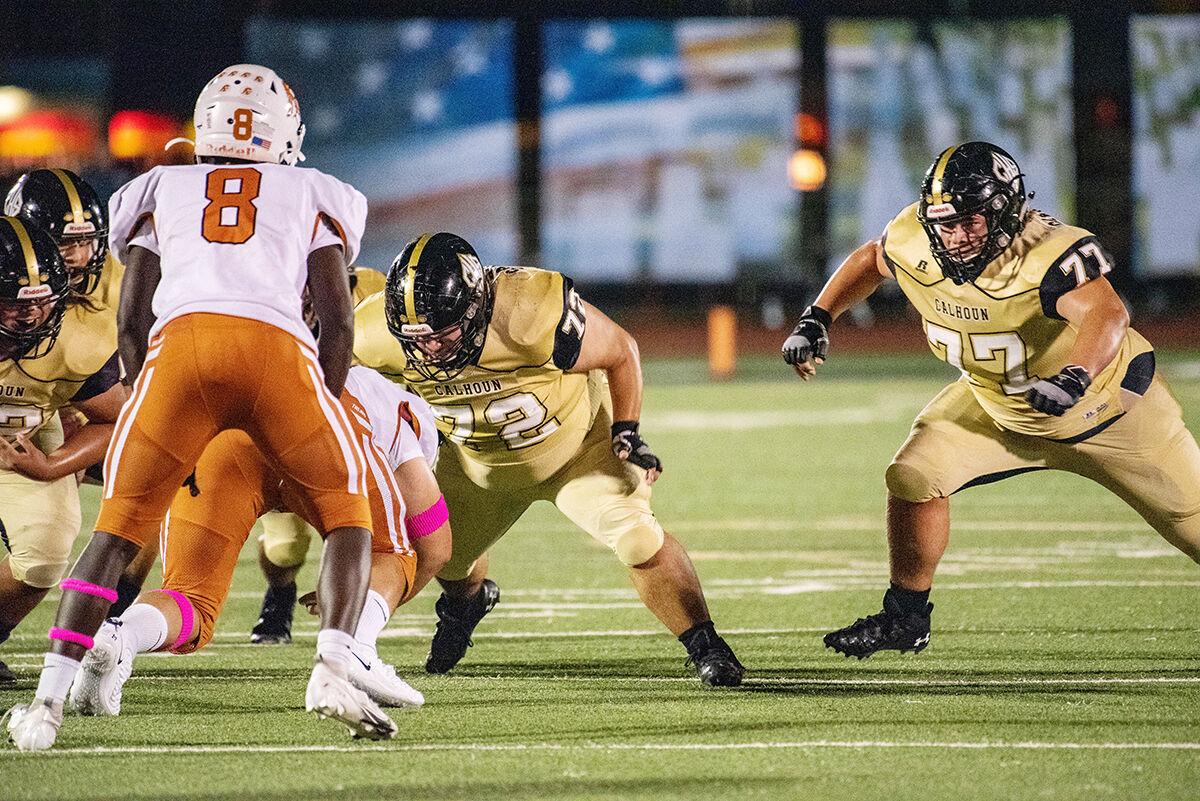 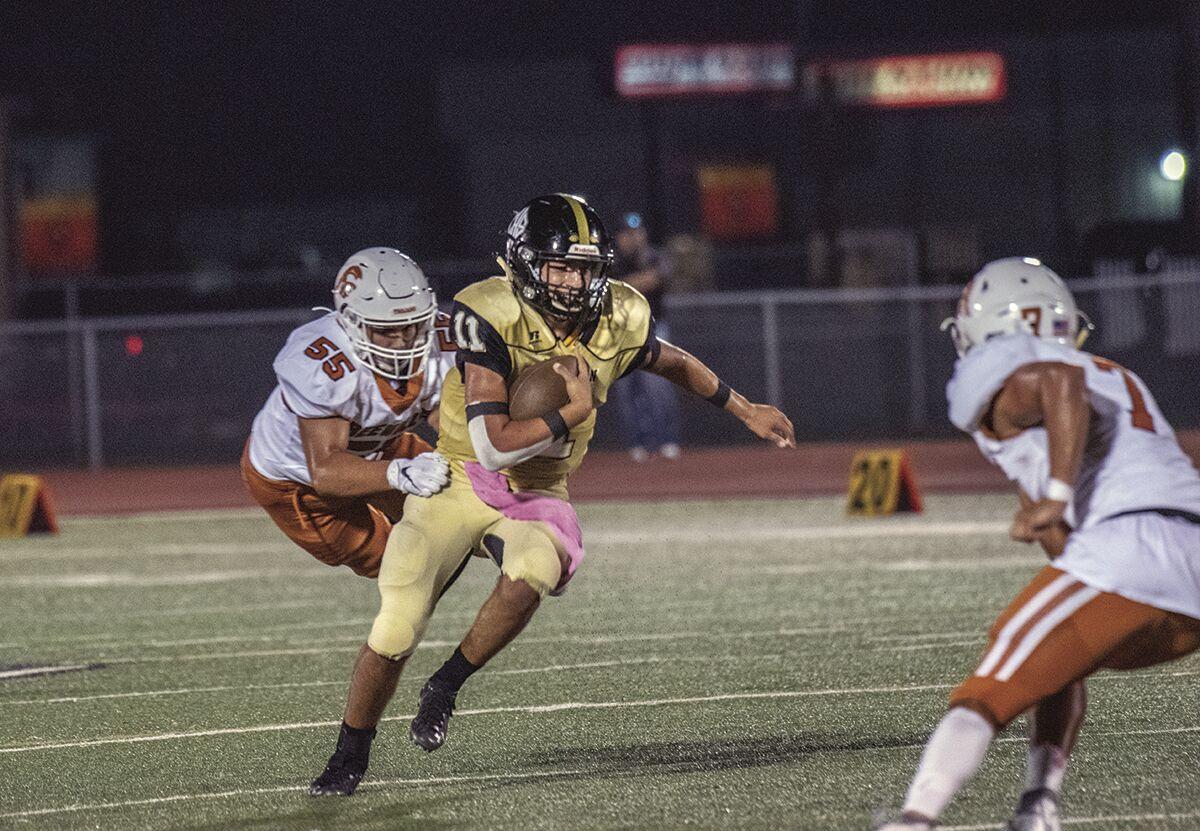 Calhoun High School quarterback Jacob Laughlin takes off down the field during the Sandcrabs 36-7 victory Friday at Sandcrab Stadium. (Photo by Kellie Whitaker)

Calhoun High School quarterback Jacob Laughlin takes off down the field during the Sandcrabs 36-7 victory Friday at Sandcrab Stadium. (Photo by Kellie Whitaker)

The Calhoun Sandcrabs completed what most people would call a “complete win” in their 36-7 victory over an old foe in the Beeville Trojans.

The win could not have come at a better time, as the Friday night showdown was the district opener for both teams.

In a season where head coach Richard Whitaker has had a revolving door at quarterback due to injuries, senior Jacob Laughlin, himself returning from injury, gave him much-needed stability at the position.

Calhoun’s defense forced a turnover on downs in the Trojans’ first possession, which would be the theme throughout the game.

The Sandcrabs offense quickly got into the red zone, thanks to Adrian Chambers. Fellow senior Esteban Cruz capped off the drive with a five-yard touchdown run. Calhoun led 6-0 early in the first quarter.

The Trojans fumbled on the first play of their next possession, and the Sandcrabs recovered deep in Beeville territory.

On a career night, Cruz bullied his way through multiple tackles and scored his second rushing touchdown of the game to extend Calhoun’s lead 12-0 midway through the first quarter.

Calhoun’s defense bent but did not break as the Trojans got inside the Sandcrabs’ red zone, but the drive stalled, forcing a 33-yard field goal attempt.

As soon as Beeville snapped the ball for the field goal try, speedster Tony Hensley jumped the snap count and came flying in from the left side of the line. He laid out and blocked the field goal attempt.

The ball bounced directly to Chambers, who tucked the ball and ran 67 yards down the sideline and scored, giving Calhoun a 20-0 first-quarter lead after a successful two-point conversion.

Calhoun’s defense continued its dominance and forced two more turnovers on downs in the first half to pitch a first-half shutout, 20-0.

The Sandcrabs received the second-half kickoff and quickly moved down the field.

Calhoun got into the red zone, and Cruz’s big night continued. From the 14-yard line, he went untouched into the endzone, picking up his third rushing touchdown in the district opener. The Sandcrabs led the Trojans, 28-0.

On the following possession, the Sandcrabs defense finished what it started.

The Trojans faced another fourth down attempt in their territory, which ended with Calhoun getting the stop and giving the ball back to the offense.

On the second play of the drive, none other than Cruz took the rock to the house from the 26-yard line to give him his fourth touchdown and Calhoun a 36-0 lead.

Beeville put together its best drive late in the fourth quarter and got into the endzone on a one-yard quarterback sneak to make the final score 36-7.

Calhoun ended the night with 292 rushing yards and four touchdowns, all coming from fullback Cruz.