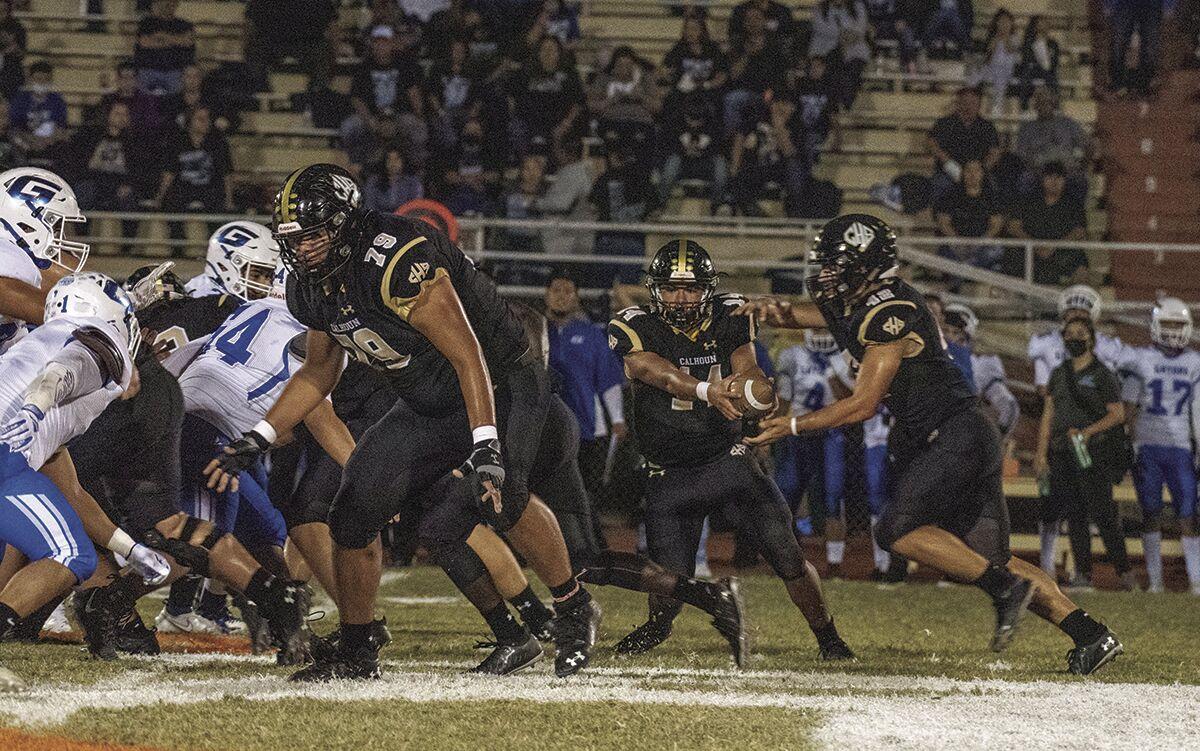 Sandcrabs quarterback Jayce Campos hands off to Estaban Cruz during the Sandcrabs 56-14 playoff win over Grulla Friday. The Sandcrabs continue their playoff push Friday when they face Austin LBJ at 7:30 p.m. in Yoakum. (Photo by Kellie Whitaker) 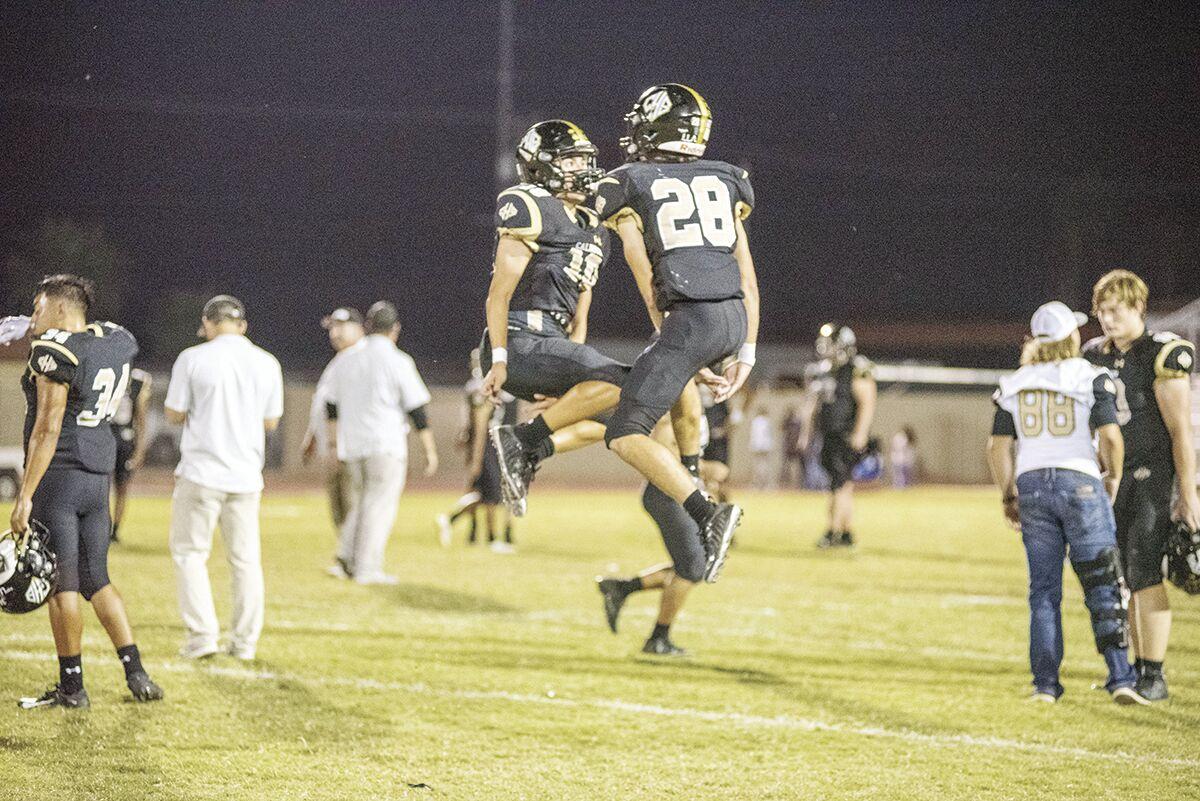 Sandcrabs quarterback Jayce Campos hands off to Estaban Cruz during the Sandcrabs 56-14 playoff win over Grulla Friday. The Sandcrabs continue their playoff push Friday when they face Austin LBJ at 7:30 p.m. in Yoakum. (Photo by Kellie Whitaker)

ALICE – The Calhoun Sandcrabs dominated in every facet of Friday night’s 56-14 playoff win over the Grulla Gators.

After Calhoun won the toss and deferred to the second half, the Gators got the ball to begin the game.

The Gators quickly faced a third down and short. Calhoun’s defense could not get off the field on third down and instead gave up a long touchdown run to the Gators’ speedy running back. Grulla took an early 7-0 lead.

The Sandcrabs were without their senior starting quarterback Jacob Laughlin, so sophomore Jayce Campos got the start under center.

It did not take long for the Sandcrabs and their running game to strike quickly. Two plays into their opening drive, Min Htway took a pitch from Campos, made one defender miss, and scampered for an 80-yard touchdown run to tie the game 7-7.

The Gators second drive stalled, as that would be the theme for the Gators offense until late in the fourth quarter.

Three plays later, due to Aaron Martinez’s block on the outside, Htway hit the edge and scored from 49-yard out, which extended the Sandcrabs lead, 14-7 with 2:45 left in the first quarter.

The Sandcrabs offense came to a halt when the ball was fumbled and recovered by Grulla inside Calhoun territory.

Calhoun’s defense picked up its offense with Smith making another critical play. The Gators quarterback rolled right, threw it down the sideline, and Smith stepped in front of the pass, intercepted it, and returned it to midfield.

The Sandcrabs took advantage of the defense’s turnover with Campos scoring from 22-yards out to extend their lead, 21-7 with 9:37 remaining in the second quarter.

Campos struck again after the defense forced a three and out. From the 50-yard line, Campos optioned left, kept the ball, and used his blocking to score. The Sandcrabs took a commanding 28-7 with 5:44 in the first half.

With only 34 seconds left in the first half, Cruz busted up the middle and took the ball to the two-yard line.

A couple of plays later, Campos finished the drive off with a one-yard quarterback sneak. The Sandcrabs went into halftime up 35-7.

The Sandcrabs received the second-half kickoff and for the first time in the game, Calhoun was forced to punt. The Gators followed suit and punted it right back to the Sandcrabs.

Calhoun drove down the field, and just like the three previous scoring drives, Campos scored from eight yards out. Calhoun led the Gators, 42-7 with 5:30 left in the third quarter.

Some of the young players for Calhoun got into the game and they put up 14 points of their own.

The Gators scored with six minutes left in the game to round out the scoring, 56-14.

Calhoun took down the Gators in the Bi-District round of the playoffs and will meet the number one team in 4A on Friday.

The Sandcrabs will travel to Yoakum and take on the LBJ Jaguars. The game is set to kickoff at 7:30 pm, on Friday in Yoakum.